Public transport drivers take part in a protest demanding an increase in fares because quarantine measures to curb the spread of the new coronavirus have decreased their income, in La Paz, Bolivia, July 1
×

A LEADING indigenous Aymara Bolivian activist has warned that a survey showing the Movement Towards Socialism (MAS) of ousted president Evo Morales would easily win the next election will prompt an intensified crackdown on his supporters.

A study by the The Latin America Strategic Centre for Geopolitics published on Tuesday showed that MAS presidential candidate Luis Arce – the regime established by last November’s coup has banned Mr Morales from standing – would win 41.9 per cent of the vote, more than the 10-point lead required to allow a first-round victory over right-wing candidate Carlos Mesa on 26.8 per cent .

Mr Mesa came second in last October’s election with 36.51 per cent to Mr Morales’s 47.08 per cent. Opposition claims that Mr Morales’s 10-point lead was not genuine provided the excuse for the military to overthrow him and install Jeanine Anez, whom Tuesday’s poll showed on just 13 per cent of the vote.

But Aymara activist Miriam Amancay Colque told the Morning Star that the Anez regime could not be trusted to allow MAS’s return to power in a fair election.

“It will continue spending the time it has left cracking down on and breaking up the opposition,” she said. “They want to ban the MAS, which is the majority party. They are starting dozens of legal proceedings against MAS members including a trial of Evo Morales which is illegal, unconstitutional and pure political revenge – lawfare.

“The Anez regime has been literally getting away with murder since it took power, and world opinion has not had much to say. International support for the elections to be respected is important. The Bolivian people united will fight this dictatorship, as we have done many times. We will not fall to our knees.” 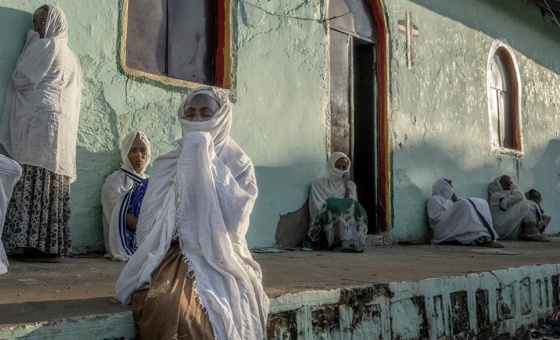