BOOKS Preaching to the converted?

JORDAN PETERSON is the Canadian so-called intellectual guru of the alt-right, whose 12 Rules for Life, a self-help primer with a conservative subtext, has sold over three million copies. 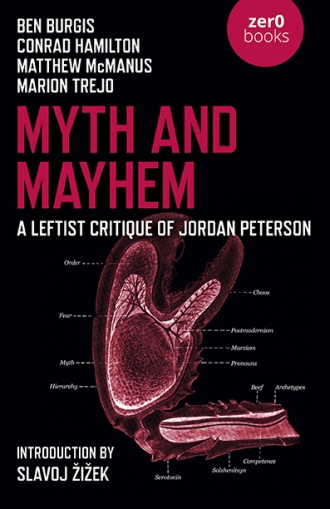 In this response to his significant influence, four leftist US intellectuals provide an overview of Peterson’s work, an analysis of his strictures on the left and, in a final section, discuss Peterson on “feminism and reason.”

In the book's foreword, Slovenian philosopher Slavoj Zizek gets to the gravamen of the overall case against Peterson: “He is most critical [about] postmodern neo-Marxists.” The issue is that nobody would describe themselves thus — post-modernism and Marxism are incompatible.

Yet it is typical Peterson. He creates a caricature enemy embodying all that he dislikes as a threat to the Western Judaeo-Christian legacy and then attacks that straw man with the same lack of intellectual rigour with which he created the imaginary enemy, one he created to slake the hatreds of his paying audience rather than shed enlightenment.

Attacking a caricatured position characterises his work on the left, Marx in particular, and the book makes it clear that he knows little about Marxism.

His misconceptions are dealt with effectively point by point and his ignorance is understandable given his admission that of all Marx’s works he has only read the Communist Manifesto – and that four decades ago. Yet he still feels able to offer criticism and demand that he be taken seriously.

Marion Trejo, in her contribution on Peterson and feminism, contends that “it is bordering on absurd” to equate demands for equality before the law, respect, the right to live free from violence and exploitation and the right to be addressed by one’s preferred pronoun with a tyrannical, almost totalitarian, desire to remake man and woman.

His criticism of those  “longing to restructure the human spirit in the very image of the feminist’s preconceptions” alludes to his hostility to using pronouns preferred by transgender people, the issue that propelled him to global fame.

It encapsulates Peterson’s schtick of taking a feature of something he hates, extrapolating that feature to absurdity, and then attacking the outcome of that speculation rather than that which people have actually said they believe.

An informative book, Myth and Mayhem is nevertheless a largely abstruse exercise aimed at a left-leaning audience familiar with philosophical discourse, and I’m not convinced I’d give it to someone I wanted to dissuade from following Peterson. An objectionable charlatan he may be but he gets his point over well and engages with his following on an emotional and intellectual level.

This take on Peterson begs the question of how we break out of addressing each other and connecting with those outside the tent. To quote Fyodor Dostoyevsky, one of Peterson’s favourite writers: “It takes something more than intelligence to act intelligently.”